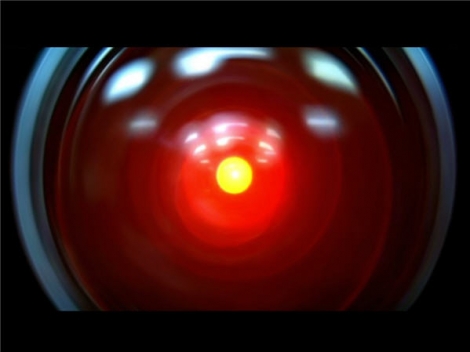 Turing developed “The Bombe”—the machine that cracked the German navy’s Enigma machine encryption, helping the Allies win the war. (Turing’s other claim to fame, of course, is the Turing Test, which poses the question: can a computer fool a person into thinking it’s human?) Clarke’s interactions with Turing is what helped the artificially intelligent HAL start to take shape in the author’s imagination.

His futuristic vision of the future, which was very much rooted in what scientists were thinking about artificial intelligence, is something we’re still grappling with today. What happens when the programs we build to help us turn on us?